I only remembered what I remember in my final piece in Paris and because of my trip to Paris.

Maybe I remembered them because I was speaking French again.

I can recall a specific conversation that I know for a fact were in French – but I remember them in English.

This is funny business, this memory game.

During the Easter holidays, I made a trip to Paris and stayed in a hostel for nearly 2 weeks. Having spent the first 7 years of my life in France, this was the first time I’d been back for an extended period of time, and especially alone.

Broadly speaking, and the answer I would give if anybody asked, I was going to improve my French. Again, I basically hadn’t spoken it for a decade and a half – and if I had it was so far removed from the context of the everyday: think Midlands schoolkids bashing their way through ‘je joué au foot’.

It was different this time.

With my notebook already armed with key phrases that seemed half familiar, and a map of the Paris Métro that did not, I stepped off the train and out of the gates of the Gare Du Nord.

The first thing I noticed was the cold, the remnants of the beast from the east. The second was the bustle – almost but not quite matching London. Finally, the militarisation struck me. Soldiers, honest to god soldiers with semi automatic rifles and camo gear guarded the station, alongside the equally kitted out Police.

On the second or third day, my bag gave up the ghost. This led to the first big test of my french. It was a step by step process. In the glasses store that I walked into in order to ask where I could buy a – I guess I didn’t actually know the word for bag, so I mimed enthusiastically, using props (obviously I could convey what I wanted fairly well – it was just the vocabulary that escaped me). The attended kindly pointed me down the street towards the main shopping district, carrying on down the Rue la Lafayette. The behemoth that is the Galeries Lafayette soon greeted me, and I slinked around in awe and only slightly disoriented. After finally finding a section that sold ‘sacs’, I looked through a few and picked one out. €129. Yeah. No. Again fumbling for vocab, I tried to convey that I was looking for a bag that perhaps ‘moins’ – I rubbed two fingers and thumb together. Ah, d’accord, moins cher, he replied. He suggested ‘Citadium’ – une autre boutique.

As it turned out Citadium didn’t have the type of bag I was after either, but having to visit it and several other stores before ending with joy in the Decathlon at la Madeleine cemented basic interactionary French in the front of my mind, and having the such a specific task did frame my interactions in a way which made it a lot easier to pick up words and gleam meaning from context. I would definitely recommend it as a way to jump back into a language after a long time away. 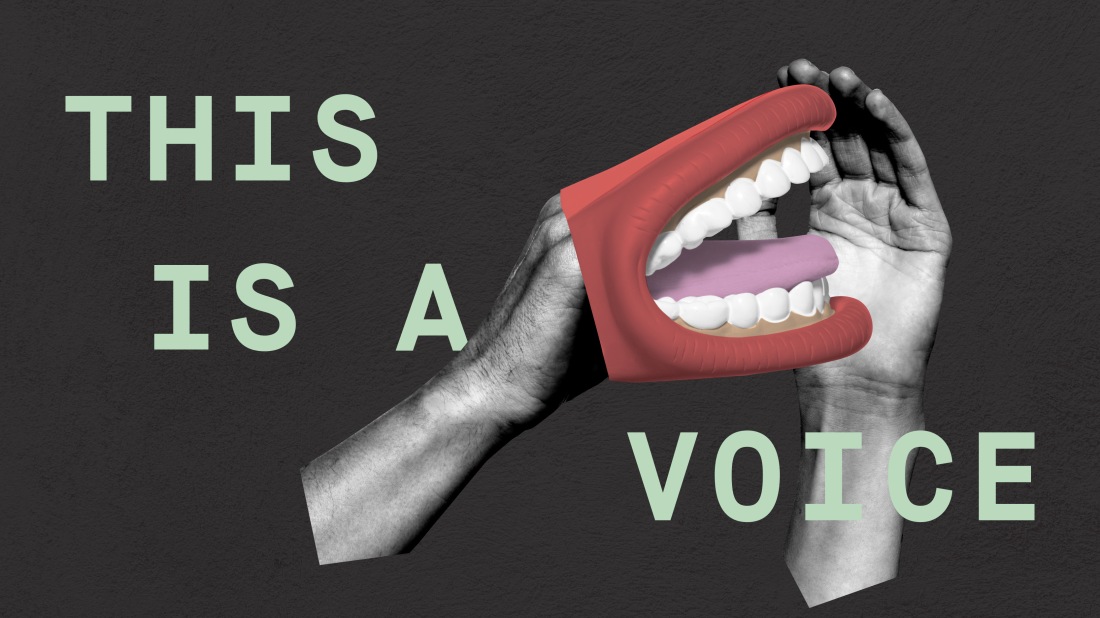 The Welcome Collection hosted an exhibition entitled ‘This Is A Voice”, which was something like a retrospective for the capacity of human speech. The large space tackled many facets of speech, through the lenses of anthropology, linguistics, sociology, psychology, medicine and art practice.

The entire space had been carefully constructed with sound and acoustics in mind, from acoustic foam panelling, similar to that of a recording studio, to directional parabolic speakers that offered to ‘shower’ the listener with sound.

Something I’ve always been fascinated with accents, and the sociology surrounding it.

As the promo for a linked discussion entitled ‘What Does Your Voice Say About You’ puts it:

“Your voice is unique. As soon as you open your mouth to speak you reveal something deeply personal about yourself – your biology, status, geography and state of mind. Join us for a discussion on the relationship between the voice and identity.”

I think voice is far more revealing and interesting a thing to focus on, especially with someone you don’t know, than say clothing, or even perhaps race (although race and voice often have a complex and multi-faceted relationship). I’m careful here not to overstate this, but accent for me can be suggestive (not authoritative) of the location of the formative years of childhood, both geographically and socially, class and background – revealing often more than the speaker intends.

Convergence and Divergence come to mind here, wherein a speaker tries to ally themselves to or distinguish themselves from whomever they’re talking to, but this is only within bounds. There are markers of accent which are undisguisable.

A piece which particularly fascinated me was ‘Emily’ by Danica Dakić which showed a young girl being given British Sign Language elocution lessons, with the voice of a middle-aged woman (off-screen) pushing her to hold tension in her fingers, and be precise about her movements – all in an effort to be more readily understood.

What was incredible about this was that previously I had held BSL and elocution in two very separate categories in my mind: though of course, it makes sense that as part of BSL education, something like elocution would be involved.

Another piece involved a mid 20s MtF (Male to Female) Trans Woman talked about trying to develop a vocal patterns that presented more readily as female – accompanied by a physician suggesting that this was a common experience among Trans Women, much more so than Trans Men, as Trans Men’s voices are in partly transformed by the Testosterone that many choose to take.

This is a fascinating concept – “One Concept in 5 Levels of Difficulty”.

The speaker Bettina Warburg is here incredibly adept at changing pitching tone and vocabulary to the listener’s level, but also consistently relating it to the existing understandings, experiences and worldview of the listener.

‘Skwerl’ is, according to the description attached to the YouTube upload, “a short film in fake English”.

The gag here is that everything else about this piece has the trappings of a short, highly charged drama exert, the only thing missing is recognisable English vocabulary. It has been exchanged for English phonics, the actual constructed sounds that make up word, delivered with conviction and in character, so that the audience can infer everything that you may be able to infer from watching a foreign language film without subtitles or dubbing – the setting, the atmosphere, the interpersonal tension and the swings of mood, as well as broadly from this context – the “meaning” of the dialogue. This whole grand delusion is designed to give an insight into what it would be like to watch an English Foreign Language film, if you had no grasp of the English language itself – the strict ties of vocabulary and meaning are pulled out from under you, leaving you with noises that are tantalisingly familiar sounding, but whose precise meaning is impenetrable.

This particular experiment has strong cultural undertones – with the prevalence of English across the world as a stable of cultural expression, recasting English as a foreign language that native English speakers are not familiar with allows. A degree of insight into another world – the wealth of English culture not being directly accessible to you.

There are some occasional attestations as to the truth of this rendering of “How English sounds to non-English speakers” from honest-to-god ESOL (English as a second or other language) speakers from the days before their fluency. This is a testament to the thorough research or prior understanding of English phonics, or perhaps merely an intuitive ability of the presumably English native speaking screenwriters to create English sounding non-English words.

What I want to take forward:

I enjoy and am rather good at tasks requiring precision and problem-solving.

I particularly enjoy the precision of language; strict definition, objective and legally enforceable meanings. Moreover, I enjoy analysis that uses precise language but has a scope that is able to holistically link seemingly disparate subjects. Economics and politics seem to do this a lot of the time.

I like being able to delve into the context of a case study in order to understand it better.

Take, for instance, the planned Queen’s speech for the state opening of parliament tomorrow, the 22nd of June. There are many angles one can approach the event from;

It is not vital to have a deep understanding of each of these angles, but it is important to have a broad understanding – as each allows you to understand the event in a slightly different way, and the culmination is an in-depth understanding underpinned by perspective.

At work, an Italian staff member asked to lend a pair of headphones. She then questioned herself, asking whether it should be lend or borrow.

I told her it should be borrow, but a lot of people use lend to mean borrow.

She then said that the reason she got confused is that in Italian, lend and borrow are the same word; ‘presta’.

It reminded me of a story of a hacker who typed with clearly “broken” English. In order to try and identify the identity of the hacker, a linguist was tasked with determining the mother tongue of the speaker, based on the specific grammatical mistakes he was making – on the basis that mistakes made in a second language are not random, rather (usually) a misapplication of the same grammatical rules of the speaker’s mother tongue.
Here’s the super interesting part: the hacker was using fake broken English – that is to say, he was a native English speaker, deliberately making mistakes in order to try and throw investigators off the scent – the mistakes were too random, not based in any specific grammatical structure.